LARGER than LIFE: On DRAMA with GLAMOR in the age of the GOP

I FEEL PRETTY. What the Hell.

As seen in previous posts, Miss O’ loves her some pretty fabrics, to say nothing of exquisite costume design and the beauty of the female form in said designs. She couldn’t have spent enough time in the Alexander McQueen exhibit at the Met. She fairly drools over the photos of old Hollywood—all the glamor, the studio gloss, the gowns by Adrian, Edith Head, Givenchy. But “glamor” is not fucking “news.”

Pardon me if I sound like an asshole. (My cousin Kerry says I've become really cranky lately, and is she wrong?)

Shall we talk of global misogyny? Let’s. What I don’t like to see, in terms of women and what they wear—for there is in fact quite a misogyny theme in my posts of late—are HEADLINES about such stuff in NEWSFEEDS, and such "news" includes “Pregnant Reese Witherspoon in Swimsuit” or “See Halle Berry heat it up on the red carpet,” to say nothing of “Claire Danes’ Patchwork Dress Mess” and “Swimsuit Styles Men Love” in the same newsfeeds that include, by contrast, “George Clooney Arrested for Protesting Sudan at Embassy.”

One could blame the media, but I'd rather look at the politics. The role of women in government is around 16% nation wide, all areas, even though women make up around 52% if the population. I’m not planning to run for office, either. I wish I had the ego and the love of the game, but I don’t. I also have the profoundly disturbing habit of saying exactly what’s on my mind.

So women—too many women—are complicit in this, is what I’m saying.

Gorgeous Gigantic Fabulousness in the Age of the Tweet: An Elegy

I’d like to take a tour of the growth of glamor, and the importance of it, in my cultural life. I’m all for glamor. But if the glamor is not informed by a genius talent and real substance, I couldn’t give a shit what dress anyone is wearing. I miss genius. I really do. (Was genius ever really enjoyed, in its time, I mean?)

Judy Garland: An Evolution of Style

I’m all for women growing, evolving, becoming. I am going to show an evolution of Judy Garland, because her “look” evolved along with her artistic genius. And her pain, her life experience, her heart. 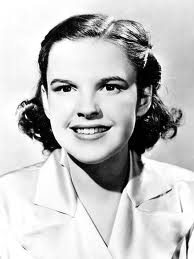 And here is her amazing break, when Shirley Temple was (mercifully) not made available by a rival studio: 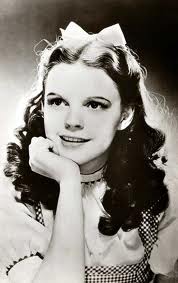 And then came For Me and My Gal, and then Meet Me in St. Louis, where she found her makeup style, courtesy Vincente Minnelli, and her glamour (with a “u”) arrived: 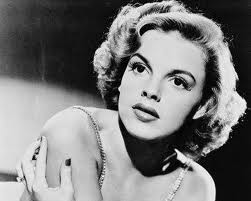 And she continues, thanks to Minnelli… 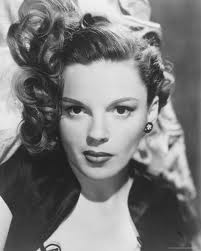 And (skipping the very difficult 1950s) in her aged glory, where by 47 she’d lived a thousand years (primarily by taking amphetamines to stay "thin" because "thin" = "glamorous", and then needing downers and booze in order to sleep): 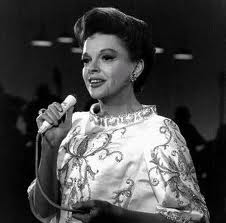 There is a new Broadway show about her final days, End of the Rainbow. Because glamor is a creepy illusion, I have stayed away from it as a lifestyle, much as I am drawn to the glossy pics of the greats. They are my icons, come rain or come shine, however bitter the night. Thinking on the meaning of icons at specific moments in our personal and political lives, this writer reflects on the importance of Judy Garland in the gay community:

We needed them, is what he's saying. And they change, slip away. Immortality ain't what it used to be, indeed.

While I, too, love to sit the feet of an artistic idol, I know I cannot linger there. No thinking person can. We’ve had many celebrity idols over many ages, and the sirens of our glamorous times are ever women. And yet: How are women ever treated? Times change, but misogyny doesn’t.

I can’t say it better than Rachel Maddow. Naturally, given who you know me to be, I LOVES me some Rachel Maddow. Glad she’s on the airwaves being smart and real and a woman, all at once. It’s a good segment:

The GOP House and state legislatures are spending all their bill-making time—and your tax dollars in their (and their staffs') salaries and benefits—in anti-abortion stuff, anti-contraception stuff, 90 of which have been signed into law since Republicans took over the House and the states in 2011, over 400 new anti-women’s rights laws introduced by Republican male legislators all over the U.S. in just one year.

One of my former students on Facebook and her husband say that Obama can “suck it” because gas prices are $4.00, the same price as a gallon of milk, not seeing that this has come about in part because President Obama wants to end oil company tax breaks since their profits have never been higher.  This from 2011:

And to punish Mr. Obama and to get the electorate to vote the Republicans back into office, the oil companies just don’t produce fuel, because they know that people like my former student and her husband will blame the President.

AND where the hell is the news coverage on the source of high MILK PRICES?

Putting It Together: Let a Woman Say It

You see, I am a woman, and this is what I actually think about. Sure, I’d like to think about Judy’s singing and wonderful theater and the gorgeous spring in bloom via nature and poetry. But dammit, the planet hangs in the balance. So here I am, not talking clothes and glamor. Women want to talk about the economy, the future of energy, jobs, education, change. Obama knows this.  We—educated, thoughtful men and women—are bored by conversations and endless arguments about women’s basic right to reproductive freedom, to say nothing of gas prices, and the lack of jobs.

May I recommend The Lion in Winter? Katharine Hepburn plays Eleanor of Aquitaine. What better antidote and explanation could you need for all this? 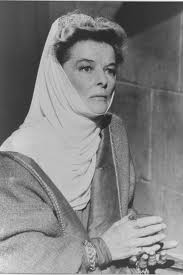 Misogynists from the Taliban to the American Republicans never get tired of it, just as Republicans never tire of a bad economy or high gas prices. They’ll cry “fiscal conservatism” (whatever that even means) and “balanced budget” and then waste millions and millions in tax money in endless bills against women and not collect billions in taxes from too-profitable oil companies that destroy our environment, costing us billions more. It’s quite a cycle. That way you don’t have to actually solve anything. You just tread water long enough to get your buddies elected and make loads of money from corporate kickbacks. I get so nauseous.

I’m sick to goddamned death of it.

So here ends another fucking fun blog post from the ever-adorable Miss O’.

I’ll let Bette Davis have the last face on it, in All About (who else?) Eve: 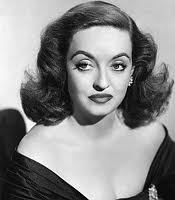