Right Between the Eyes 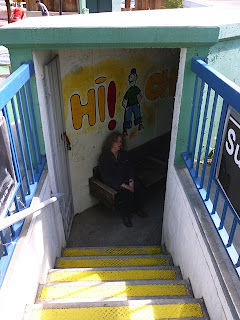 After a great visit from old friend Susan and dinner out with the gang, followed by a restful four-day trip upstate with my friend Quinn, Miss O' returned to an office abuzz in deadlines, and a political landscape of unparalleled outrageousness. My head got noisy. All week, the noise. Now, quiet. Home. Stillness. Morning. To the (up) left of my green armchair where I sit and write, an artfully designed, smallish, handmade clock lightly ticks on a cheap Ikea bookshelf (the bookcase left behind by an old roommate), the shelf below the top one devoted to all books Irish (including Oscar Wilde), between art books that lean against speakers of my JVC stereo—the one stolen from my house in Virginia in the fall of '95, and returned by the police in the spring, so my brother Mike nicknamed it Persephone (thanks, Wiki links!)—and each time I look at that clock, I remember my old ex-friend Greg sitting in my living room way back then, staring intently at the clock. I finally asked him why. “I’m trying to figure out why the ticking sound doesn’t match the hand movements.” Should I tell him? I told him.

“Because the sound you hear isn’t coming from that clock,” I explained. “It’s from the big clock on the kitchen wall.” I pointed into the next room. There were two clocks, you see, but he hadn't asked. 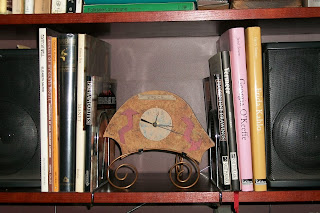 I think today I am writing about human engagement and friendship. (I'm not sure yet.) See, back there, long ago, I had wondered whether or not to tell Greg about the clock sounds; and the very fact that I wondered whether or not to tell him something that trivial pretty much defined our friendship even then. Much as we should have been really sympatico, after years of friendship in high school, college, and life, we just never were really comfy with each other. That's okay, sometimes. Some relationships are really for mutual growth, and growing usually hurts more than a little. It's not as if we saw each other a lot by then, so what the hell?

So what happens to a friendship? Life, mostly, is the easy answer. "People change and forget to tell each other," playwright Lillian Hellman said. But sometimes there never was a real friendship—a truth that becomes clear only much later, after it's ended. Some people (I've learned), when they see you, will mentally put up a screen where your face should be, turn on a projector, and start their own movie. When this happens, every word out of your mouth, every facial tic, the way you dress, your hair, your habits—when expressed naturally—can become mad-making to the friend/ director-of-this-movie-of-Not You. They project onto you how you should behave, who you should be. You listen. You try to "improve." Ahem. Over the years, I have made and shed friends, and they have made and shed me, and the killing moment for me has always been something along the lines of, “Lisa, is that language/ shot of whiskey/ loud laugh really necessary?”

And I'd think, freely and finally, "You're goddamned right it was necessary. Ass."

The kind of line I’m talking about isn't said from a place of concern, so much as a place of judgment. In such moments I learned that there were secret standards the friend had that I just didn’t meet, and rather than say honestly, “Lisa, I have to tell you, when you do that, I don’t like it,” they came in sideways, and hurtfully. As a result I didn’t get the chance to respond, maturely, lovingly, “Fuck you.” We had no chance to grow, is what I mean, mostly because the friend turned out to be, as my friend Jean so aptly described Scott Brown during this week’s debate with Elizabeth Warren, a dickface wearing an ass-hat.

I kid! (I mean, Miss O' is usually the ass wearing a dick in her hat. Or vice versa. With the hat and the ass there. Or the dick. In something.)

I don’t give up on a friendship in my heart at such moments, but something essential in the energy between me and this soon-to-be-former-friend shifts not so much to buzz kill as death knell. When you lose the love of what is essential to a person, well, it’s time to say bye. This is not necessarily a bad thing. “We had a good run.” Nothing wrong with that.

Friends who have tried to change me, you know, to make me more “wifey,” or into a Christian, or Communist, or Conservative, have done it in these sneaky ways (e.g., gently correcting my language and style of dress, or casually inviting me to church, or slipping me a Noam Chomsky tract, or suggesting I get an investment portfolio because preserving money is the most important work of all), because, as they would later confess at the last parting, “I’m afraid of you.” Huh. I find this odd, and yet I understand it. Often we don’t realize how long we’ve been walking on eggshells until we leave that old nest and fall the fuck out of the tree onto blessed, solid Earth.

A Facebook friend was recently unfriended for the first time. (What a verb! But that’s the fun of English.) She was truly thrown by it. I commented, “If I don’t lose at least one friend a month, I’m not trying.” When Miss O's students would get upset by an assignment or how demanding her standards were, using as their argument, “I don’t like you,” her standard response, delivered kindly and with a completely straight face, was, “I have friends.”

“I have friends. I need you to learn and grow. It’s really okay if you don’t like me.”

Of the friends who have dropped me, in physical life or in cyberspace, I think, “It's okay if you don’t like me. We both need a change." As Lisa and Homer Simpson would say:

The oddest thing, I think, is that after years of friendships that ended one way or another, I’ve truly missed exactly one person, and after four years of therapy realized I’d been in an emotionally abusive relationship, a cycle born of ancestry, and that the only reason I’d latched onto him to begin with was that I recognized the pattern. He was the devil I knew.

Upbringing gives us our base knowledge, and then, if we're healthy, we can leave some of the big family teachings behind. 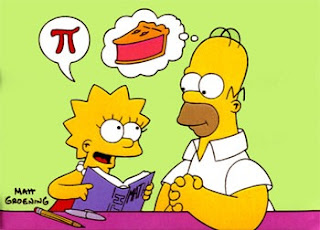 When my extremely difficult (but really interesting) Grandma O’Hara died back in 2000 at age 94, people were sort of stuck for what to say about her at the funeral, what to tell the priest, what to do as a eulogy. (When the novice priest began, “I understand that Fern could be a…difficult…woman,” and the whole church chuckled, he must have realized the O’Haras were not your average family.) For the eulogy, I told the cousin charged with talking exactly what to say: “You say that she was the mother of six great kids, stepmother to two great kids, and all these kids married great people, and they had great kids.” That was true. So she must have done something right, despite it all. My dad told me that in the car leaving the hospital the last time, my Aunt Mary (who’d borne the brunt of Grandma’s sharp tongue, her casual meanness) had said, crying, “I sure will miss Mother,” to which her husband, my Uncle Terry, said, “Well, when you’re used to getting punched in the face every day, you’re bound to miss it.” 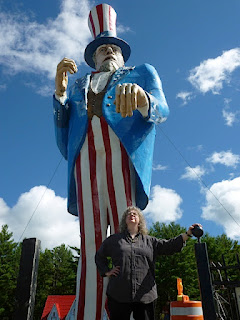 I bring all this back to politics because, Facebook protests to the contrary, EVERYTHING is political. It is. It has to be. So with all this talk about abusive relationships and arguments, I guess what I’m trying to say today is that there is so much work to do in the world, that to see one entire American political party (not as if my own party is the poster party of success, mind you) trying to sabotage all the good we could do in terms of really important things is making Miss O' here a basket case: Real and mental movie projectors running false scenes, no honesty or trust, all fear all the time, missing the big picture. (Case in point: This argument-loop about "big government" vs. "small government" is stupid. Do you hear your Miss O'? It's STUPID. We must work for effective government. EFFECTIVE government. Do you hear the difference? Nothing like a specific adjective to reframe an argument.) So to return from a restful time and learn that Senate Republicans filibustered the Veterans’ Job Corps Bill and ran off to recess; to receive a snarky Facebook comment from a rightwing former student that my post on the disappearance of Arctic sea ice was, I gather, pointless, as global warming is a "hoax" (he provided a link about the increase of Antarctic ice, “so there!”—which subject had nothing to do with fact that the CO2 emissions in the Northern hemisphere are causing the fast loss of Arctic summer sea ice which helps deflect the sun’s  strong rays, thus causing a further increase in temperatures to record levels for three straight summers on Earth); to see women on my Facebook wall celebrate, even good-humoredly, a hope that the government will once again seize control of their, and their daughters', reproductive rights—well, I can only shake my head. And keep expressing myself. Maybe it's an Irish thing. 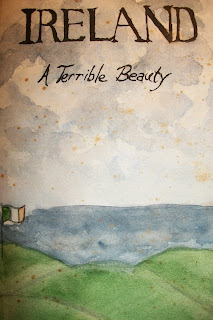 An Irish friend of mine, Maureen, said to me years ago (she'd warned me off the boyfriend I mentioned: "Lisa, you cannot be with a man who is afraid of you") that the cry of our people has ever been, “I’m as good a man as you.” Not better: as good. What I forget is that many people do not feel this way; I always have. Even as I pronounce my earthly concerns through the pixels of Facebook or over the screens of this blog, I do it confidently, because it’s all to express myself rather than to change others (but goddammit, how in the hell is ANYONE still voting ROMNEY?). I would not say of a friend—a true friend of the bosom, as Anne Shirley might say—“I could really love you if only you….” I think that’s not only foolish; it’s really the height of narcissism.

To you, for some reason, I might say, “You’re an asshole.” I might not. I do know that while I am not out to change you, I can’t help being the person who is forever pointing out that the ticking you hear may not match the hand movement of the clock you are looking at. There could be another clock, is what I'm saying, over there in the next room. I thought you might want to know. 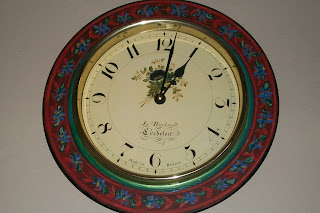 Here's to clocks and spoons, empty rooms; and, at the end of the day, turning out the light.

John Prine, “Clocks and Spoons” from Diamonds in the Rough
http://www.youtube.com/watch?v=-Ypn9O9g19w