Are You Not Entertained? Well Fu@k You.

(With Apologies to My Mom)

My mom, Lynne, gave up swearing sometime in 1971, the year I started. I was in second grade. My dad, Bernie, was forced to follow her example in short order, all because of the morning I was looking for my shoes and couldn’t find them, and cried out with all the anger I could muster, “GODDAMMIT WHERE ARE MY SHOES?” My dad, who had been asleep because he’d been on second shift, came flying out of my parents’ bedroom. “You didn’t know I was here, did ya?” he said. And he grabbed my arm and spanked the shit out of me. (We called it “spanking” then.) I’m hazarding a guess that I knew “goddammit” was not a nice thing to say, but more to the point, I must have known that it had power. When my mom asked me why I’d said what I did, I told her the truth, through my snot and tears: “Because whenever Daddy says ‘goddammit’ he finds what he’s looking for!” Couldn’t argue with that. And so, together, the O’Parents stopped swearing (mostly) to the point that any swearing out of the mouths of their sons and daughters to this day is a cause for alarm. “Honey,” the O’Ps advised in an email a few years back, “we know you don’t want to hear this, but a foul-mouthed woman is a real turn-off.” Fortunately, I found a man who begs to differ.

My mom will be 80 on Monday, January 27, this year of 2014.  At Christmas she told us kids, “Now, listen, you guys, don’t do anything for my birthday. Those flowers you sent to your dad [October 5, 2013] will do for both of us. Okay?” And the O’Kids in attendance, Mike, Jeff, and I, sort of looked down. After checking with my five siblings, I ordered the flowers on Friday—don’t worry if you think I’m spilling some beans; Lynne doesn’t read this. She hasn’t read my book, either. In fact, after the second letter I wrote home from college my freshman year, she explained on a Sunday when I called home, “Honey, why do you send me letters? I’m busy. I don’t want to read those.” What Lynne wants to know is if her kids are all right: “Are you all right?” And after you manage to keep her on the horn long enough to force feed her the salient news of your life during the every-other-Saturday morning phone call, she says, “You can keep talking to your father; I’ve just got to get off the phone,” and Bernie stays on the extension and the two of you leisurely chat politics and media until Lynne gives him a signal, and he hurriedly says, “Okay, hon, we’ll talk to you soon…” and off they go, doing the mysterious things they cover up with their casual, "Nothing new here."

Last week I published my 100th blog entry. (It's a little exhausting to think about the word count of the past three years, let me tell you.) I started out to write exclusively about education—the state of the national school scene, my own experiences in teaching, and what I saw as ways to shape the future of it for the better. For the kids. Somewhere in there, because apparently I can’t help myself, I started writing other stuff, and less and less about school; teaching as a practice stayed on in my voice and in my approach, for good or ill, if not as an actual subject. Glancing back over the posts, I see there sure is a lot of shit on The Miss O’ Show; and based on the very occasional comment on Facebook and some longer messages from dedicated readers, I know that while most of this thing is just me thinking out loud, some of it resonates and even inspires others to think about and express ideas, too. That’s the best. That’s why I became a teacher. But I do wonder about my style. I have come to realize that the harshness of the Miss O’ voice does not really inspire collaboration or conversation, for which I wonder if I should apologize. I’m more bullhorn than bullshit, surely, but that doesn’t make my voice any less unattractive to those who would, you know, participate.

The most popular* blog posts, as far as readership statistics show, are the ones that are autobiographical and unabashedly personal. Emotion—obvious anger or, by contrast, real sentiment—as a Miss O’-motivator is, understandably, the best hook. (*Note: Because of trolling sites such as “vampirestat” and “adsense” and anything with “.ru,” as well as image entries via “google.imgres,” it’s hard to know how many of the hits you get are actual readers; it’s of course impossible to know how many people actually READ the blog after clicking on it, or how much they read.) The least popular blog posts are the ones that, as indicated from the title on, wrestle with ideas, mostly political; and unless those are generously laced with personal details from Miss O’s actual life, from an early paragraph, I suspect they go unread in full. Let’s face it: Who doesn’t love a juicy memoir? Still, I receive almost no comments on the blog itself—one or two people do occasionally message me on Facebook; apparently Blogger makes it way too hard to comment unless you too are a blogger, but no one confirms this. In addition, the number of people who joined my blog back in March of 2011 has not increased at all from the original 31. I don’t know what to think about that. To the 31 who have stuck with it, I thank you. I’m not complaining; in truth, I’m amazed I am read at all.

So the other (post-snowstorm) morning I get a text message from my friend (whom I’ll call) Hutch. So Hutch shows up in 5° weather and 30 mph winds via Brooklyn and F Train to his Manhattan corporate job for a big managers meeting at 8:00 AM, for which he was right on time. No one was there. He texted various people in charge, and finally heard at around 8:30: “Oh, we postponed it until 10. I guess the communication never went out.” Well, it didn’t: gradually people started coming in, panicked because they were not on time, only to learn they needn’t have rushed through the freezing temps to even bother to try. “I guess the communication never went out”? Communications do not go out on their own; someone IN CHARGE has to do what is called “send them.” Whoever was in charge declined to comment or to accept responsibility. Ironically, the two biggest things on their agenda? 1) Employee Satisfaction Survey results; and 2) “How to Make Work More Fun” for the employees. Pardon Miss O’ as she throws up. This "fun" crap is a national, indeed, a global corporate trend, it seems. It is mad-making. Does anyone else just picture David Brent, the office manager character played by Ricky Gervais in the original The Office, playing air guitar trying to get a laugh out of the team? It’s pathetic, this idea of corporate “leaders” trying to make work “fun.”

You know what work should be? Satisfying. You know what makes work satisfying? Tangible results, fair compensation, and a safe environment. You know what fun is? Fun is deeply satisfying. Fun is the result of a spontaneous burst of enthusiasm and engagement with the task at hand. You know what “not fun” is? Managers making employees eat cake, wear silly hats, clap, and do a primal scream before heading out into their cubicles or onto the factory floor.

So this morning as I wait for my kitchen faucet to unfreeze for the dozenth day, I am wondering at the lack of work ethic in this country, from the top down. Apparently. And why don't we hear about the stuff that workplaces actually create? Why don't we experience responses to all those surveys? So much Gallup polling, so little substantive change for the workers. Why this that?

Mainstream media is corporate-owned, corporate-run.  Duh, as the kids used to say, before they stopped saying things and began using only their thumbs. The views expressed on the air and in the pages (print or digital), are more and more the views of the owners. Facts, nuance, real grappling, all seem to go by the wayside, along with courtesy. In addition, the people who really need to have their voices heard don’t OWN the sources of sound-making, are not paid to…and I could go on and on and ON. In fact, I have. This from the Al Jazeera op-ed to which I've linked at the beginning of this paragraph:

And this just has to change. We the moneyless, the voiceless, have to take back our agency. And not just in the bars during Happy Hour. And not just on our blogs. Voicelessness and inaction cannot be the new normal. Where does it end?

So I'm doing a lot of thinking about the next phase of my writing life. To my readers, I don’t want to lock you out of a discussion, even if Miss O’ is more monologue than obvious team player. (As my mom, Lynne, said to me, “I can’t imagine anything worse than being called a team player”: Clearly, however much I rattle on, I am her daughter.) That said, your Miss O’ is asking for your comments on your blog-reading experience. I’m not looking for criticism, constructive or otherwise; neither am I looking for praise or even encouragement. I’m really interested in your experience as a reader. And write me about that. This is about you, when you read the stuff I write. I’d like to see the comments here on the blog rather than on Facebook, though that is just fine, too. I guess what I’m saying is I wish we could talk more.

Possibly it’s the weather getting to me. It’s snowing again, here in the coldest winter of my 10 years in New York. This sort of relentless cold used to be fairly normal, but by the late 1980s New York was becoming like Virginia; Virginia like Georgia; etc. Global warming and its new extremes have revealed us to be a species of pussies. And kids, we’d better take a good, hard look inside our innermost gun-totin’ souls, because we can’t shoot our way out this one.

Thanks in advance for any time you take to read and write back; I’ll listen. We’ll talk. And frostbite ain’t no joke: Keep warm. 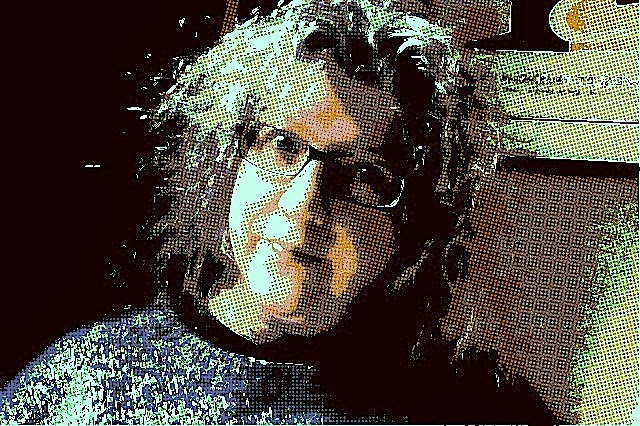